Are Seismologists Responsible for People's Deaths in an Earthquake? 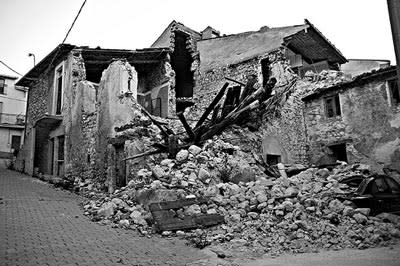 Destruction in L'Aquila, in the seismically active area of Abruzzi.

What’s the News: No one can predict earthquakes. But six seismologists and a government official are being tried for manslaughter in the deaths of more than 300 people in the 2009 tremblor in L’Aquila, Italy. The city’s public prosecutor says the scientists downplayed the possibility of a quake to an extent that townsfolk did not take precautions that could have saved their lives. A judge has just set the trial to begin on September 20. What’s the Context: