Arctic Chill in Colorado May be Heading Your Way Next 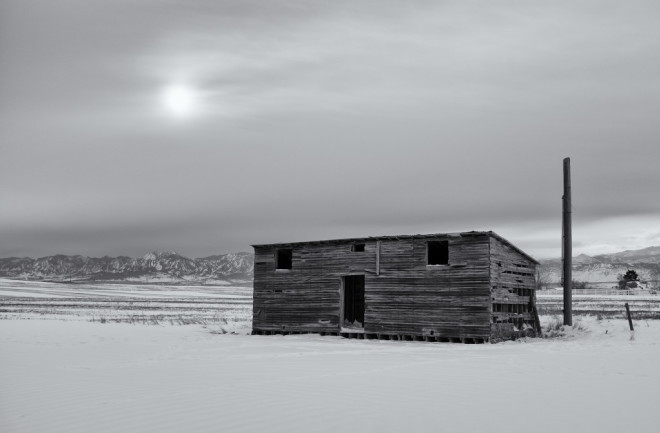 Pic of the Day

A deep-diving jet stream has made it downright Arctic-like here in Colorado lately. To capture the chilly character of what we've been enjoying or enduring (depending on whether you enjoy winter sports), I thought I'd share the image above. I shot it near my home in Niwot on January 1. And it's the latest installment in ImaGeo's new Pic of the Day feature. Whether you enjoy or just endure winter, a major blast of it may well be headed your way in the next few days:

The temperature forecast for the next 48. (Animation created using Climate Reanalyzer, Climate Change Institute, University of Maine, USA.) The animation above shows the gigantic blob of Arctic air that has been lingering over the Mountain West expanding south and east. (FYI: There's a jump in the animation about a third of the way through due to missing data.) As Angela Fritz, a Washington Post Capitol Weather Gang blogger, puts it:

After a relatively mild December, the eastern U.S. might be in for a chilly wake up call late [this] week, when cold, Arctic air is forecast to plunge south in true winter fashion. Many locations along the Eastern Seaboard will be facing their coldest temperatures of the season so far, and bitterly cold wind chills.

The chill spreads south and east quickly, bringing temperatures anywhere from 15 to 40 degrees below average to much of the eastern U.S. by Thursday morning.