Ancient Microbes ("Bacteriasicles") From Melting Glaciers Are Spilling Into Oceans 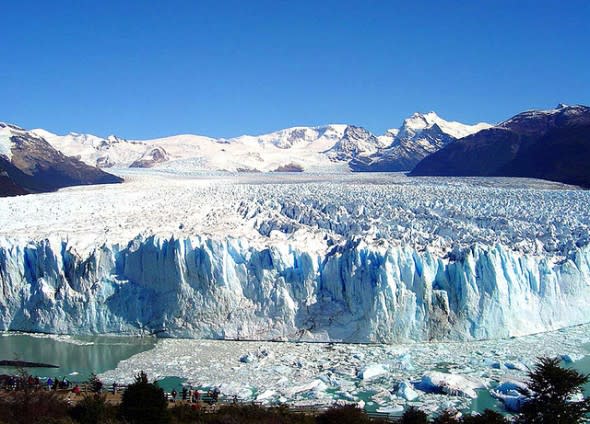 , and the liberation of long frozen 750,000-year-old microbes. While melting glaciers probably aren't going to turn into Jurassic Park, scientists are understandably concerned how they might affect the environment. Scientific American has a new feature

on the impact of these liberated microbes on ocean life:

More likely is [the] prospect that thawing ice sheets will allow ancient microbial genes to mix with modern ones, flooding the oceans with never-before-seen types of organisms. Rogers [an evolutionary biology] believes this is already taking place. "What we think is happening is that things are melting out all the time and you're getting mixing of these old and new genotypes," he said. The biggest effect of these newly liberated – and potentially newly remade –microbes will likely be seen in the oceans, Christner [a microbiologist] said. Earth's glaciers and sub-glacial sediments contain more microbial cells and carbon than all the lakes and rivers on the surface of the planet – a huge load of organic matter that, if thawed, would end up in the sea, he said.

Microorganisms have a remarkable ability to survive in the ice, staying minimally active while repairing DNA damage from radiation or oxidation. Bacteria as old as 750,000 years have been thawed and revived from glacial ice before. Read more about the possibly big effect of these small organisms at Scientific American