Ancient Continental Collisions May Have Provided Air to Breathe 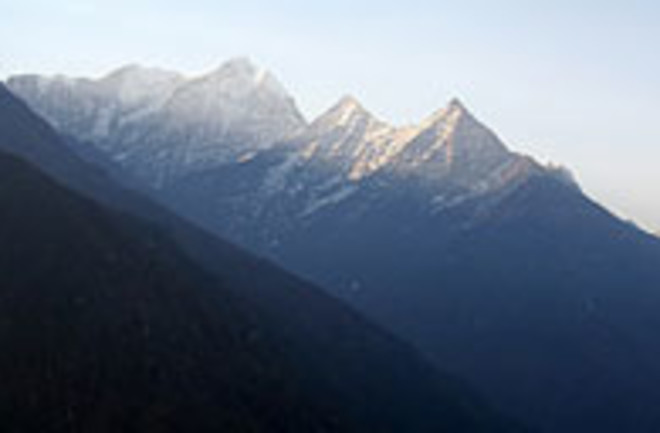 Researchers have proposed a new theory for how oxygen production was kick-started billions of years ago, when only trace amounts of the gas existed in the Earth's atmosphere. When continents collided they started a chain reaction, researchers say, that eventually produced a hospitable, oxygen-rich atmosphere.

They argue that the tectonic collisions that created the Superia/Sclavia, Nuna, Rodinia, Gondwana and Pangaea supercontinents also formed supermountains, which eroded rapidly, washing vast amounts of nutrients into the oceans. This fuelled explosions of oxygen-producing algae and bacteria [New Scientist].

The Australian researchers say that each collision of tectonic plates caused a bump in oxygen levels, and that studies of modern mountain formation bear out their theory.

Other scientists have already shown that the formation and erosion of the Himalayas led to increases in atmospheric oxygen, [study coauthor Charlotte] Allen notes. "Scale up the Himalaya to supercontinental proportions and you have a modern analogue for what we think happened seven major times in earth's history" [ABC Science].

However, some experts have expressed skepticism regarding the new theory. To draw their conclusions, the research team studied zircon crystals formed from primeval lava flows, and used radioactive dating to determine how long ago they formed. They found

that more zircon crystals had been formed when several land masses were squashed together into a supercontinent; and that those time periods matched increases in atmospheric oxygen. “We had no inkling there would be a correlation with atmospheric oxygenation,” Allen says [Nature News].

Yet their findings, published in the journal Nature Geoscience [subscription required], have been flatly contradicted by experts like Dick Holland of Harvard University, who says that the greatest boost in oxygen levels occurred during the "great oxidation event" around 2.3 billion years ago, when no tectonic upheaval was taking place.