Unfortunately, modern climate change is likely happening at a rate too fast for the birds to shift their ranges. 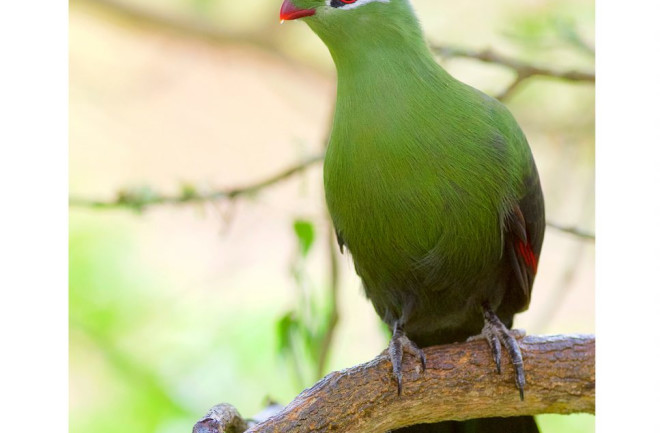 Many of the birds we see only in the tropics today once lived as far north as Canada and Russia. A warmer climate millions of years ago gave them free reign over more northern habitats, before gradual climatic shifts pushed them southwards, a new study shows.

Now, the climate is changing again, but birds may not be able to adapt fast enough this time around.

“We’ve illustrated the extent to which suitable climate has dictated where these groups of animals were in the past, and where they are now,” Daniel Field, a paleontologist at the University of Cambridge in the United Kingdom, said in a statement. He’s part of a team who authored a new study looking at how ancient birds changed habitats in response to climate change.

“Depending on the predictions of climate change forecasts, this approach may also allow us to estimate where they might end up in the future.”

Birds are survivors. The winged creatures made it through the mass extinction event that obliterated much of life on Earth (including most of the dinosaurs) nearly 66 million years ago. Now nearly 11,000 different bird species exist. Although they live in almost every environment on the planet from the equator to the poles, today’s birds have a fondness for the tropics.

The warm climates of Australia, South Asia, sub-Saharan Africa, and Central and South America claim the highest number of bird species. But that wasn’t always the case. Fossils of birds that live only in Africa today have been found in Germany and Wyoming.

In collaboration with Erin Saupe, a paleobiologist at the University of Oxford in the United Kingdom, who led the new research, Field and colleagues wanted to find out why birds made such a significant move.

The researchers examined the preferred habitats of 10 modern bird families that descended from a common ancestor. Then the scientists combined ecosystem and climate models with the fossil record to see how climate change affected where birds lived over the last 56 million years.

The best habitats for the birds between 56 and 48 million years ago were at latitudes that skirt the southern borders of Canada and Russia, the researchers report Monday in the journal Proceedings of the National Academy of Sciences. But over time, those habitats shifted southward.

“We modeled the habitable area for each group of birds and found that their estimated habitable ranges in the past were very different from their geographic distributions today, in all cases shifting towards the equator over geological time,” Saupe said in a statement.

The findings indicate the climate has been a major factor in determining where birds live for a long time. They also suggest current and forthcoming climate change may mean birds that depend on specific climatic conditions to survive may vanish.

“In the past, climate change happened slowly enough that groups were able to track suitable habitats as these moved around the globe, but now that climate change is occurring at a much faster rate, it could lead to entire branches of the tree of life going extinct in the near future,” Saupe said.