All in the Whale Family 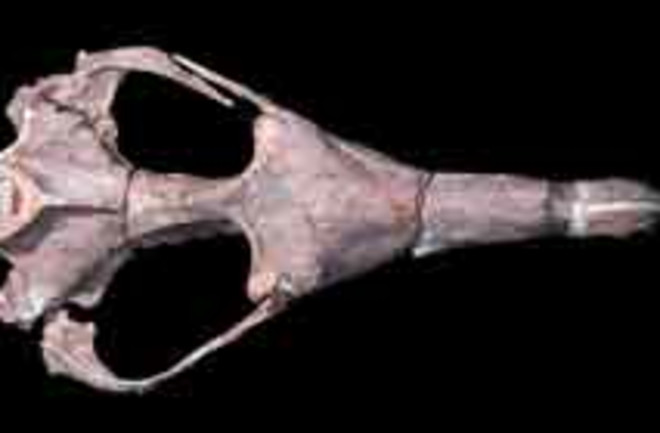 Heavy of head and clumsy of tread, the hippopotamus seems an unlikely evolutionary sister to whales and dolphins. Yet two ancient anklebones from Pakistan indicate that whales are descended from artiodactyls, a group of even-toed hoofed mammals that includes modern sheep, cows, pigs, and camels—along with hippos, which appear to be whales' closest living relatives.

Working with colleagues at the Geological Survey of Pakistan in Quetta, paleontologist Philip Gingerich of the University of Michigan unearthed the skeletons of 47-million-year-old proto-whales at a dig in Pakistan's Baluchistan province. The strange-looking beasts, which were about the size of modern-day sea lions, appeared to have the head of an ancient whale and the anklebones of an artiodactyl. With a long snout and webbed, flipperlike hind feet, the extinct species was probably well adapted to swimming in shallow seas but also able to crawl onto land with its hoofed forelimbs. It is the anklebones, however, that most excited Gingerich. Grooves in the bones indicate that the animals could flex their feet in two places, just as modern artiodactyls do.

DNA studies had hinted at the hippo-whale connection, but previous fossil finds appeared to contradict it. The newfound remains confirm the connection: The animals' feet and hands closely resemble those of anthracotheres, ancient land-dwelling artiodactyls that were ancestral to hippopotamuses. "This is a Rosetta stone linking whales to the artiodactyls on land," says Gingerich. "To decipher the Rosetta stone, it was necessary to get both languages on the same stone, to prove that they represent the same text. And that's what these discoveries are."