After a Massive Tennessee Ash Spill, Authorities Try to Assess the Damage 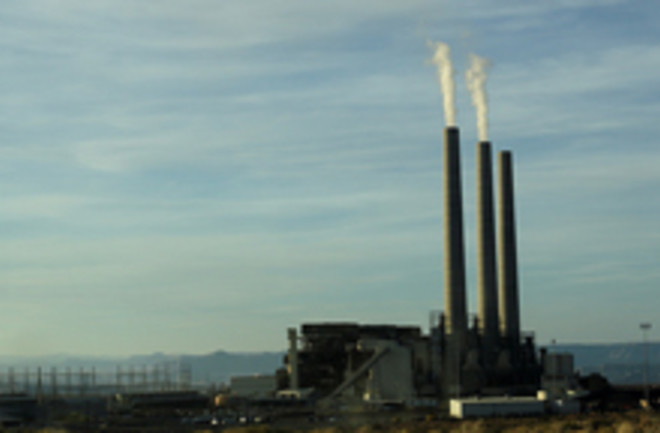 As the cleanup continues of the billion gallons of ash that spilled out of a reservoir at a Tennessee coal-fired power plant two weeks ago, nearby residents continue to worry about the long-term health and environmental effects of the waste material. Residents of Kingston, Tennessee, say they've gotten conflicting messages regarding the gray sludge that poured into the Emory River and coated their fields and roads. Meanwhile, other coal-burning power plants around the country are inspecting their own waste storage systems for weaknesses.

Preliminary results from water samples taken in the spill area show no unsafe levels of toxins, said Leslie Sims, on-scene coordinator for the Environmental Protection Agency. The testing includes municipal supplies and private wells, he said. However, samples of the fly ash scooped up along roadsides and river banks show elevated levels of arsenic that normally would trigger an EPA response, Sims said. "These are levels that we consider harmful to humans," he said [CNN].

But the EPA is not responding because the Tennessee Valley Authority, which operates the plant, is already working on cleaning up the pollution, Sims said. Biologists from the Tennessee wildlife agency say that some fish died when the initial surge of water washed them onto the banks of the Emory River, but say that there has been limited overall impact on the fish population thus far. However, the authorities plan

to start taking tissue samples from fish above and below the spill site to test for heavy metals and other contaminants. They will target channel catfish - a species that feeds at the bottom and often is used in such studies because it accumulates toxins in its fatty tissue. If the catfish are found to be contaminated, biologists will expand their tests to other species such as amphibians and waterfowl [Knoxville News Sentinel].

The Tennessee accident occurred when a waterlogged dam that held back an ash reservoir burst, and some environmentalists say that the accident should serve as a wake-up call about the weak safety regulations regarding ash waste.

In 1980, Congress asked the Environmental Protection Agency to study whether coal ash should be regulated as a hazardous waste. The EPA made no ruling until 1993, when it said there was no need.... That means states are left to regulate ash as an industrial waste, with some treating it more seriously than others [Los Angeles Times].

Many power plants store their waste ash in unlined reservoirs, and environmentalists worry that the toxic metals in the waste can leach into the ground water. Coal-fired power plants are a major source of carbon dioxide emissions and therefore one of the big culprits in global warming, and environmentalists are increasingly raising their voices against the use of coal. Former vice-president Al Gore went so far as to call for protests regarding new power plants.

"If you're a young person looking at the future of this planet and looking at what is being done right now, and not done, I believe we have reached the stage where it is time for civil disobedience to prevent the construction of new coal plants that do not have carbon capture and sequestration" [Reuters],