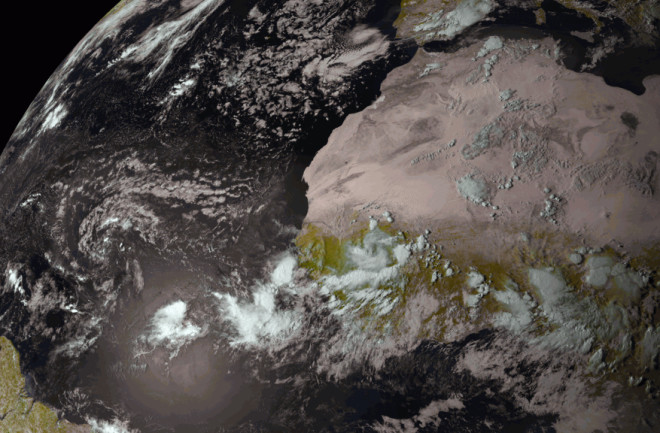 Convective storms building in Africa on Aug. 28th, 2013. (Image: NOAA Environmental Visualization Laboratory.) The Meteosat-9 satellite has spotted storms firing up in Africa and moving out into the Atlantic, as seen in the image above. This could mark a shift from an unusually quiet weather pattern in the region during August to one conducive to producing Atlantic hurricanes. These cyclones typically are born from thunderstorms that drift into the Atlantic from the coast of West Africa at this time of year — precisely what seems to be happening now. Meteorologist Jeff Masters of Wunderground.com notes that if August ends without a hurricane, it will be the first time since 2002 that this has happened. But the activity now being seen in Africa may be a sign that things are finally changing. From a recent post by Masters:

. . . the quiet weather pattern we've been blessed with is about to come to an end, as conditions favorable for hurricane formation move into place for the last few days of August and the first week of September. The big guns of the African Monsoon are firing off a salvo of African tropical waves over the next two weeks that will find the most favorable conditions for development that we've seen this year.

Among those conditions is a phenomenon known as the Madden Julian Oscillation, or MJO, involving increased equatorial thunderstorm activity. According to Masters, one model is suggesting that the current MJO will be the third strongest in the Western Hemisphere since 1989.