Accomodationists, Evolution and the Climate Debate

Fans of smashmouth science communication have not been disappointed by the response to Texas Governor Rick Perry's recent statements on evolution. Richard Dawkins, the brilliant evolutionary biologist who is also famously combative, has slugged away in the Washington Post:

There is nothing unusual about Governor Rick Perry. Uneducated fools can be found in every country and every period of history, and they are not unknown in high office. What is unusual about today's Republican party (I disavow the ridiculous "˜GOP' nickname, because the party of Lincoln and Theodore Roosevelt has lately forfeited all claim to be considered "˜grand') is this: In any other party and in any other country, an individual may occasionally rise to the top in spite of being an uneducated ignoramus. In today's Republican Party "˜in spite of' is not the phrase we need. Ignorance and lack of education are positive qualifications, bordering on obligatory. Intellect, knowledge and linguistic mastery are mistrusted by Republican voters, who, when choosing a president, would apparently prefer someone like themselves over someone actually qualified for the job.

That's the opening paragraph. All the good stuff about why and how evolution is a fact doesn't come until much farther down, leading Jamie Vernon at Discover magazine to lament:

In one short paragraph, Dr. Dawkins has violated nearly everything we have come to know about effective science communication. I cannot, for the life of me, understand how Dr. Dawkins believes hurling insults, like "uneducated fools" and "ignoramus," can advance his position. How far do you think readers of the opposite mind continued into this article?

I thought that was a reasonable criticism. But the immensely popular P.Z. Myers, also known for his own blunt, take-no-prisoners style, was having none of it:

We have a functional moron running for the presidency, and a small crop of presumably pro-science people are busily trying to shush the opposition up so they can work their clever psycho-mojo and gently enlighten Perry by"¦I don't know, wiggling their fingers, thinking happy thoughts, or maybe they're going to use The Force.

By now, close observers of the climate debate should recognize the parallels. There are competing pro-AGW camps, who have the same aim but use different modes of communication. One camp likes to bloody its opponents, using the tip of the spear approach. The other camp wants to turn the climate doubters into friendlies, using the hearts and minds approach. So they battle among themselves as they wage a war of larger consequence. 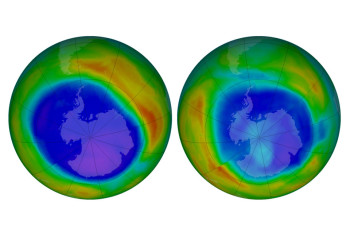