A Voyage into the Deep: Inside the Plans to Dive the Mariana Trench 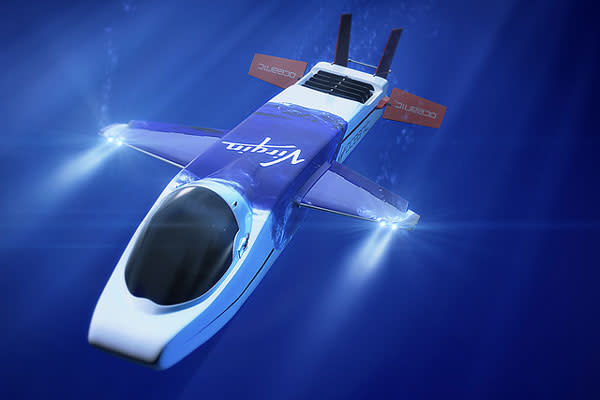 Even in the age of satellite imagery, commercial flight, modern medicine, and plenty of other perks unavailable to the explorers of earlier ages, there are still some crannies on Earth left unexplored. But that's because exploring them is an extreme endeavor. The race to get to the bottom of the Mariana Trench

in the Pacific Ocean, the deepest place on Earth, now includes billionaires Richard Branson and James Cameron, each working on specialized submersibles

. Eliza Strickland of IEEE Spectrum traveled to the epicenter of the activity near the Mariana Islands and reports back in a fascinating feature

. It's a great Friday afternoon adventure story, so we'll get you started with this excerpt:

As the battered little boat slides down a 3-meter ocean swell into the next trough, Chris Welsh grits his teeth and peers out into the storm. Sheets of rain pummel the dark windows of the bridge, and a Micronesian sailor wrestles with the wheel. It’s past midnight on a July night and we’re bobbing over the almost 11 kilometers of water that fill the deepest abyss on Earth, the Mariana Trench. Welsh is leading a small party of engineers, scientists, and adventurers under the banner of Virgin Oceanic; they’ve chugged out here aboard a 20-year-old ferryboat to test some unmanned deep-diving probes. It’s the first step in what they hope will be a glorious high-tech adventure, in which a man—Welsh, specifically—will visit the bottom of the trench before the end of this year.