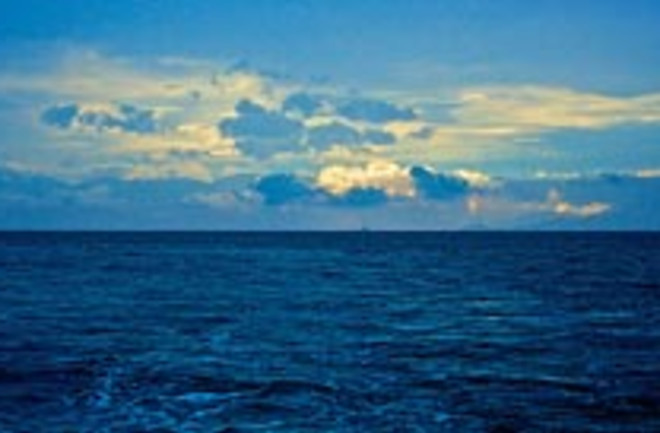 By the year 2100, ocean levels may have risen twice as much as was predicted just two years ago, researchers announced at the International Scientific Congress on Climate Change in Copenhagen.

This means that the lives of some 600 million people living on low-lying islands, as well as those living in Southeast Asia's populous delta areas, will be put at serious risk if climate change is not quickly and radically mitigated [The New York Times].

Meanwhile, a separate study has cataloged the damage that rising seas would do to the California coastline. Previous estimates of sea level rise from the Intergovernmental Panel on Climate Change didn't take full account of the rapid melting of mountain glaciers and Greenland and Antarctic ice sheets, researchers in Copenhagen said. Antarctica, in particular, was thought to be little affected by global warming until recent research proved definitively that the southern continent is heating up. Taking into account the new findings,

the upper range in the rise of sea levels could be approximately 1 meter (3.28 feet), "possibly more," by 2100. At the lower end of the spectrum, it appears increasingly unlikely, say the study's authors, that sea level rise will be much less than a half-meter by 2100.... "Two or three years ago, those making this type of statement were seen as extremists" [The New York Times]

, says study coauthor Eric Rignot. While researchers in Copenhagen fretted about the global situation, a California group raised the alarm about the impact of sea level rise on the Golden State. A state-funded study conducted by the non-profit Pacific Institute noted that

the California dream, which has led 30 million people to make their homes near its 2,000 miles of coastline, may sour as global warming triggers rising sea levels during coming decades. A gain of 1.4 meters (5 feet) possible by the end of the century might flood almost $100 billion worth of property, from luxury homes to 330 hazardous-waste sites [Bloomberg].

The group used a more pessimistic estimate of sea level rise than the estimate announced by researchers in Copenhagen, but Pacific Institute researchers say it's based on the best data from the Scripps Institution of Oceanography. The San Francisco Bay area is particularly at risk, the California study concluded, because

European settlers in the 1800s filled shoreline marshes to build towns and cities.... Over the past century, San Francisco waterfront tidal gauges show a rise of 8 inches [San Francisco Chronicle].