A Monstrous Methane Belch Once Warmed the Earth 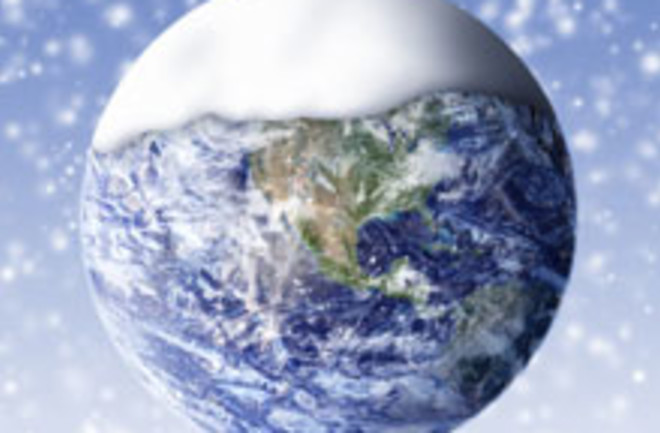 The Earth was an inhospitable place 635 million years ago, with ice sheets that extended to the equator. Scientists have long wondered how the planet rebounded from that icy era, known as "Snowball Earth." Now a new study suggests that a stream of methane gas escaping from the ice brought the planet to a climate tipping point and transformed it into a lush, tropical world, in what researchers called

one of the most severe climate change events recorded in Earth history [Nature, subscription required].

Paleoclimatology has become a hot field, as researchers believe that the planet's dramatic prehistoric climate shifts can help predict the effects of present-day global warming. Since methane figures into one of the most ominous global warming scenarios, this latest study is being eagerly scrutinized for clues to our planet's fate. On Snowball Earth, methane was trapped in the ice sheets.

But ice sheets are inherently unstable. Once they reach a certain size, they begin to fall apart. The collapse of ancient ice sheets at the Equator would have unleashed trapped methane deposits and pushed global temperatures higher [National Geographic].

Methane, a powerful greenhouse gas, then raised temperatures, leading to more collapsing ice sheets in a looping feedback cycle. Climate researchers point out that vast amounts of methane are now trapped in the permafrost and buried in icy deposits beneath the ocean floors. This latest study suggests that a warmer climate and oceans could thaw those deposits, and allow the methane to bubble up into the atmosphere. If global temperatures continue to rise, massive amounts of methane gas could be released from the 10,000 gigaton reserves of frozen methane that are currently locked in the world's deep oceans and permafrost. Passing this climate tipping point would result in global warming that would be far worse and more rapid than scientists' current estimates. ... The study's lead author suggests it could happen fast -- not over thousands or millions of years, but possibly within a century.

"This is a major concern because it’s possible that only a little warming can unleash this trapped methane," Martin Kennedy, a professor at UC Riverside, said in a release. "Unzippering the methane reservoir could potentially warm the Earth tens of degrees, and the mechanism could be geologically very rapid" [Wired News].

Kennedy's predictions on the potential timescale of the methane release are the most alarming to date; other researchers have predicted that it would take thousands of years for methane to be released from the oceans. But most climate researchers would probably agree with Kennedy's preventative, prophylactic advice: Keep it zipped!