A major federal report finds that the speed of Arctic warming is unprecedented in 2,000 years 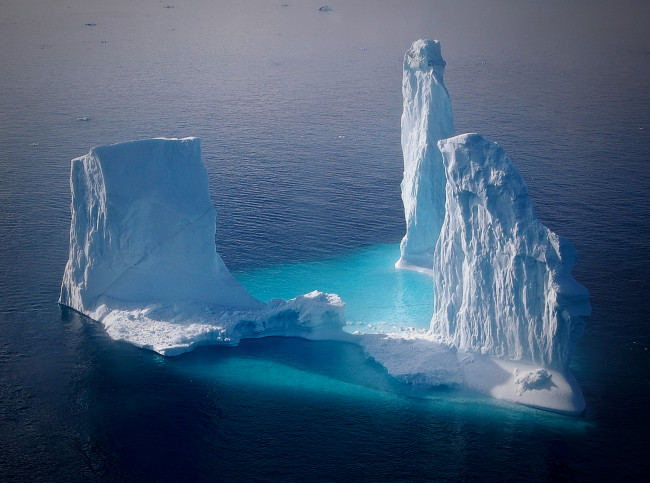 An iceberg off the west coast of Greenland. A new report finds that Arctic warming continues to drive declines in sea ice and ice sheets. (Photo courtesy of Greenland Travel) It's a common refrain doubters of human-caused global warming: Temperatures now are no higher than they were during the Medieval Warm Period from about 800 to 1400 AD. Never mind that a major paper put this idea to rest in 2013. I still have this flawed argument thrown at me when I write about climate issues. And I would not be surprised if that happens again with this post covering a major federal report about the Arctic released yesterday. The report finds that the current rate of Arctic warming is unprecedented in at least the past 2,000 years. And the pace of Arctic sea ice loss experienced in the past few decades has not been seen in at least the past 1,450 years. What's happening in the far north cannot be explained simply by invoking natural variability, the report concludes. Thanks to our influence on the climate through our emissions of greenhouse gases, we're well beyond the range of natural changes to the Arctic climate system over a timescale of millennia. From this year's Arctic Report Card, an assessment published every year by the U.S. National Oceanic and Atmospheric Administration:

Despite relatively cool summer temperatures, observations in 2017 continue to indicate that the Arctic environmental system has reached a 'new normal', characterized by long-term losses in the extent and thickness of the sea ice cover, the extent and duration of the winter snow cover and the mass of ice in the Greenland Ice Sheet and Arctic glaciers, and warming sea surface and permafrost temperatures.

“The Arctic is going through the most unprecedented transition in human history, and we need better observations to understand and predict how these changes will affect everyone, not just the people of the north,” said Jeremy Mathis, director of NOAA's Arctic Research Program. Speaking at the American Geophysical Union meeting in New Orleans yesterday, he was quoted by Chris Mooney in the Washington Post. In other words, changes occurring in the Arctic aren't of concern just to people living in the high north. As Walter Meier of NASA's Goddard Space Flight Center has put it, "The climate system's interconnected. So what happens in the Arctic doesn't stay in the Arctic." That's true for a number of reasons, including this: Research suggests that Arctic warming is affecting day-to-day weather much farther south — not always pleasantly. There are also implications for fisheries, ships and naval submarines having to dodge ice floes — and geopolitics as well. Melting sea ice has already turned the region into a new frontier, with nations eyeing its sea routes, strategic position between Eurasia and North America, and potentially huge reserves of oil and gas. 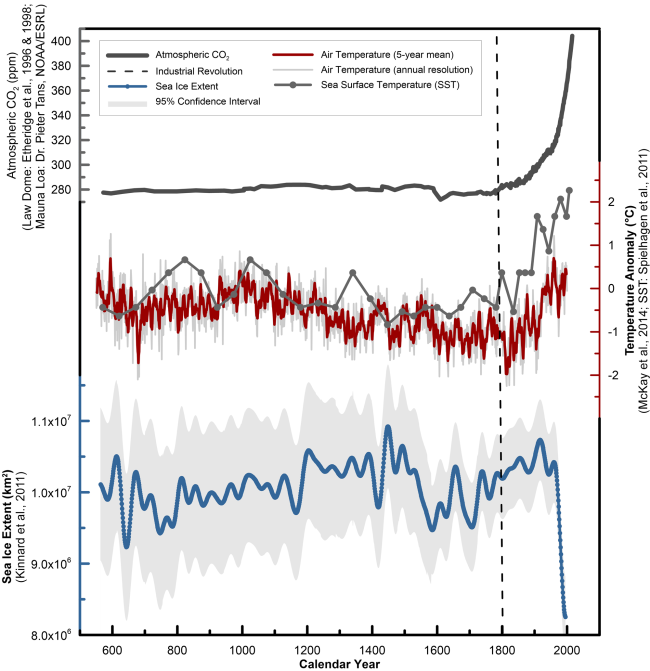 Paleoclimate reconstructions of atmospheric carbon dioxide concentrations, Arctic sea ice extent, air temperature, and sea surface temperature. (Source: Arctic Report Card) The 85 scientists who published the peer-reviewed Arctic Report Card synthesized research from multiple sources. The section devoted to comparing today's observed climate shifts to changes that occurred in the past is based in part on paleoclimate research using what scientists call "proxy records." These include tree-ring records, and chemical fingerprints locked within cores drilled from ice sheets, lake sediments, and the seafloor. These proxy records are needed because accurate monitoring of climatic factors extends no farther back than the late 1800s. The graph above reveals what these proxy records along with modern monitoring reveal about the history of Arctic climate change over the past 1,500 years. As the report states, the graph illustrates that "the significant post-industrial sea ice decline occurs in concert with significant atmospheric and ocean warming driven by an exponential increase in atmospheric CO2." Translation: It's us, not nature. And it's not subtle. 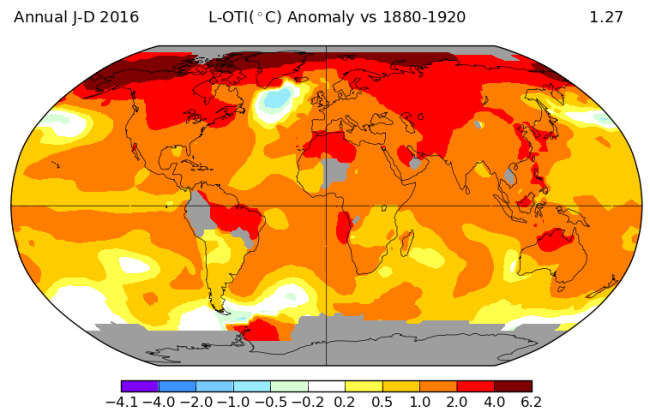 This map shows how global temperatures in 2016 differed from those of the early 20th century, before post-industrial-revolution emissions of carbon dioxide began significantly influencing Earth's climate system. As the map shows, the Arctic is warming more intensely than any other region on Earth. (Source: NASA GISTEMP) The Arctic Report Card covers a lot of ground, not just the paleo perspective. Here are the highlights, quoted from the beginning of the report itself: