A Happy Feat for Antarctica

The Ross Sea Marine Protected Area will be the world's largest marine reserve. 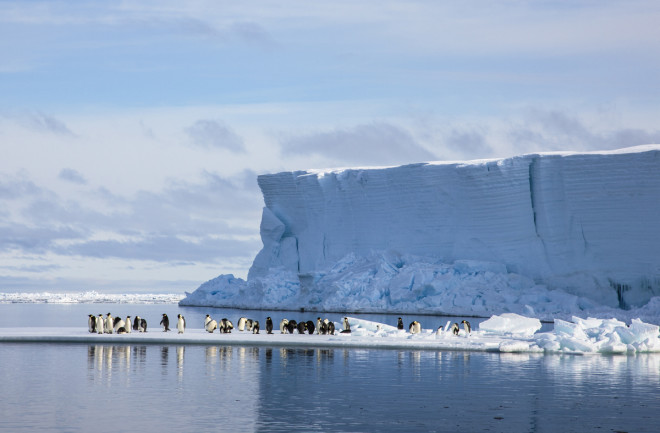 The new Ross Sea Marine Protected Area, at over twice the size of Texas, will be the world’s largest marine reserve. It will protect a pristine ecosystem teeming with life, from sea stars to emperor penguins. | Paul Nicklen/National Geographic/Getty Images

In late October, an international commission announced an unprecedented agreement more than six years in the making: the world’s largest marine protected area, more than twice the size of Texas, in Antarctica’s Ross Sea. It’s also the first major reserve in non-territorial waters outside the jurisdiction of any nation. Although some restricted research fishing will be allowed in about a quarter of the area, the agreement, beginning December 2017, prohibits the activity in more than 70 percent of the Ross Sea Marine Protected Area.

In addition to being home to penguins, seals and other iconic Antarctic wildlife, the Ross Sea is part of the greater Southern Ocean, which contains powerful currents that direct nutrient-rich water toward Earth’s other oceans. Mike Walker, director of the advocacy group Antarctic Ocean Alliance and an observer at the meeting where the agreement was announced, said the Ross Sea preserve is a win for the planet. “If arboreal forests are the lungs of the planet,” says Walker, “the Southern Ocean is its heart.”