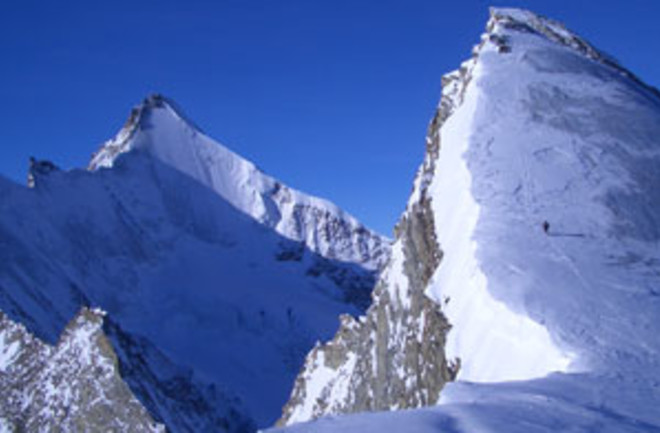 The earth’s mountain ice is not disappearing from human activity alone, according to Swiss glaciologists. Natural shifts in ocean currents could account for about half the melting of Alpine glaciers in this decade, Matthias Huss and colleagues at the University of Fribourg reported in June.

Huss gathered more than 100 years of field measurements, aerial photographs, and local weather logs pertaining to 30 large Swiss glaciers to build computer models of each, identifying fast melt in the 1940s and in the past couple of decades. This cycle coincides with the natural rise and fall of sea surface temperatures in the North Atlantic, which fluctuate roughly 0.2 degree Celsius every 60 years as warm currents shift. However, at least half the decline in Alpine ice during the past 150 years is “certainly due to human-induced climate change,” he says.

Huss plans to clarify the future of the earth’s land ice by extending his model. “The big question,” he says, “is how to apply this to other glaciers and make it relevant on a global scale.”

The uncertainty about global ice retreat fueled controversy in 2010 when the Intergovernmental Panel on Climate Change acknowledged a blunder: The group’s 2007 claim that Himalayan glaciers could melt away by 2035 was, they admitted, poorly sourced.