#92: Nowhere to Hide From the Buzz of Civilization

An ever-expanding network of roads, railways, rivers, and shipping lanes means that only 10 percent of the earth’s surface is now remote. 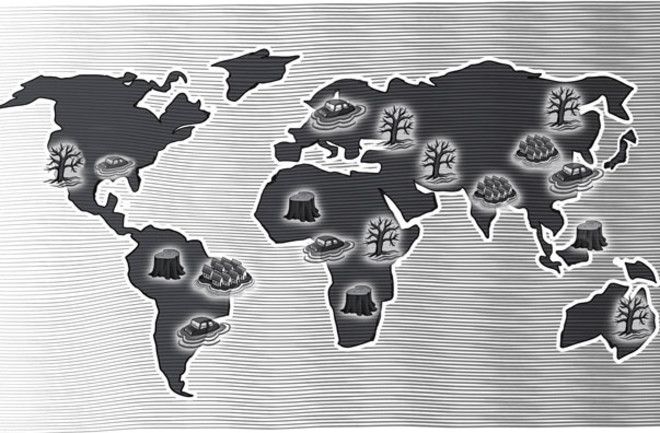 Getting away from it all is harder than ever, according to a new map developed by Andy Nelson for the European Commission’s Joint Research Centre and the World Bank. An ever-expanding network of roads, railways, rivers, and shipping lanes means that only 10 percent of the earth’s surface is now remote, defined as being at least 48 hours away from a major city. More than half of the world‘s population lives within an hour of a major city, largely because “accessibility is a precondition for the satisfaction of almost any economic or social need,” Nelson says. “The main story of the map is connectivity. It brings home how important it is to manage our resources, lifestyles, and economies in a sustainable manner, since we are all interdependent, and shows the remote places left behind. It also reminds us that the price of connectivity is that there is little wilderness left.” The brightest areas of the map represent the most densely populated and accessible regions; the darkest areas are the sparsest and most remote. Spanning lines show shipping lanes.