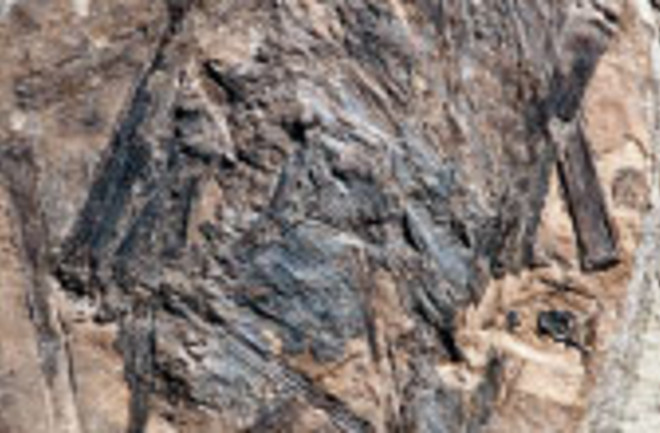 No one would expect a baby bird to take flight immediately after hatching, yet paleontologists who have examined the first known pterosaur embryo think that’s exactly what the fledgling reptiles once did.

The fossilized embryo, cradled in a two-inch egg, was found by a farmer in Liaoning Province, China, who handed it off to Zhonghe Zhou and Xiaolin Wang at the Chinese Academy of Sciences in Beijing. The fossil dates to 121 million years ago. When the two researchers first caught sight of the embryo’s sturdy upper arm bone and extremely long fourth finger, they “immediately recognized it as belonging to a pterosaur,” Zhou recalls.

A pterosaur egg is no surprise, because the animals were reptiles. However, this embryo is unusually advanced; the membranes of its five-inch wings had already developed, as had the bones. Such mature features suggest that, like modern chickens, ducks, and turkeys, pterosaurs probably could fend for themselves soon after hatching. “It seems to have had all the gear needed to fly as soon as it came out of the egg,” says David Unwin, a pterosaur expert at the Museum of Natural History in Berlin. “I’m absolutely gobsmacked.”