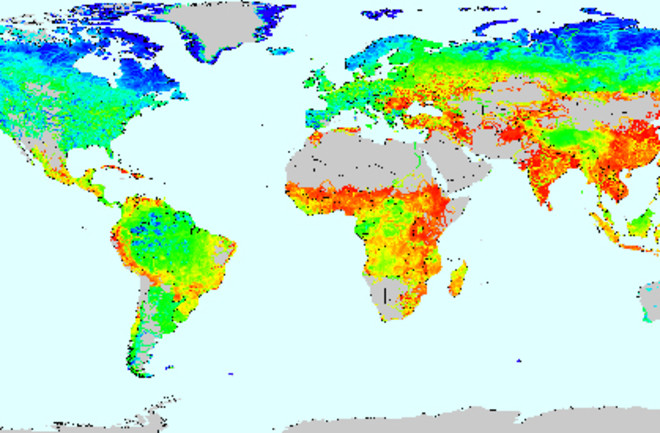 The world’s rivers are in peril. Pollution, urbanization, and construction of dams and reservoirs are jeopardizing the water supply for nearly 80 percent of the global population (pdf), an international team of environmental scientists concluded in a comprehensive study published in September.

Combining data on precipitation, topography, habitat changes, dam construction, and pollution, the researchers created detailed maps of the threats to rivers around the world. Those maps show that degradation of freshwater systems affects both developed and developing countries; the majority of the populations of the United States, Europe, India, and China all live in areas at risk for water shortages affecting drinking supplies, sanitation systems, or agricultural use. Study coauthor Peter McIntyre, an ecologist at the University of Wisconsin, notes that wealthier nations can manage the problem with complex sanitation facilities and other engineering schemes while the underlying issues—water scarcity and pollution—continue to intensify. “Our technology gives us a false sense of security. When we go home at night, we can turn on the faucet and have clean running water,” he says. But in the natural systems that ultimately supply that water, “we’re already at a crisis point.”

McIntyre hopes the study will highlight the need for a shift in the way water resources are managed, moving from engineering solutions to protecting the natural watersheds that keep people and ecosystems healthy.