He says a big Arctic melt is inevitable and readies us for what comes next. 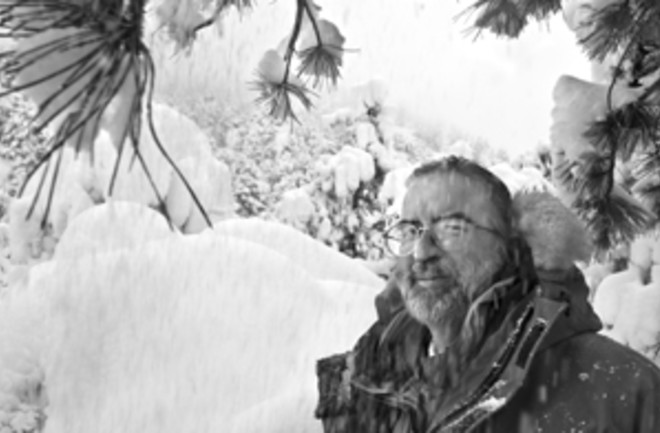 When Mark Serreze first traveled to the Arctic, in 1982, he was hit with a thrilling expanse of white. “It was just the most incredible, beautiful thing I had ever seen. I was hooked,” he says. Returning many times, he got a Ph.D. in Arctic science and for 25 years has studied the region’s snow and storms. Serreze recently recognized that current climate trends mean that the seasonal Arctic ice could melt in 20 years or less. He is now trying to help the world prepare for a very different Arctic: a place of diminished species, increased vegetation, and easy travel through the Northwest Passage. Director of the National Snow and Ice Data Center at the University of Colorado at Boulder, Serreze spoke to DISCOVER about the future of the place he loves.

How did you come to study the Arctic? I went up there with my adviser to measure an ice cap on northern Ellesmere Island. I remember flying in on an old Twin Otter. There were sapphire blue skies—it was the pristine beauty of the place, the whiteness of the snow and ice and the visibility of 100 miles in any direction. As I came back again and again, I realized that the Arctic was as much a feeling, a smell, as it was a place.

What do you feel when you visit the Arctic today? Now you can see the hand of man. As we lose the ice, the very color of the Arctic is changing from pure white toward the blue color of the ocean breaking through. We’re seeing areas of formerly treeless, windswept tundra transition into shrub vegetation as the climate warms and different things grow.

Can you determine when this process began? We’ve been able to accurately measure the extent of Arctic sea ice from satellites since 1979. What we’ve seen is an awesome loss of ice, 40 percent of what we used to have in the 1970s. That’s about equal to the area of all of the states east of the Mississippi. It’s a lot of real estate.

Will all the Arctic sea ice eventually vanish?Even in a greenhouse world, it’s cold in the Arctic in winter. We’ll have ice, but we will lose the summer sea ice cover. If you had asked me just a few years ago, I would have said it would disappear somewhere around the year 2070. But we seem to be on the fast track now. Climate models are telling us that we might lose that summer ice by the year 2030.

Is there any way we can reverse the changes?We’re already committed. A year ago I was focusing on understanding why we’re losing the ice cover so fast. But my research has shifted now to understanding the impact. You can think of it as throwing up my hands and saying, well, all right, we’re going to lose the summer ice cover, so get over it, and let’s start thinking about what it really means.

OK—so what will be different about a warmer Arctic?Shifts in the sea ice are going to have cascading effects through the food chain, from the top predators all the way down to the plankton in the sea. We’ll see more coastal erosion. Before, a big storm would come through in summer but sea ice would limit the size of the waves. As we lose the ice, the wind has what we call a big fetch over the open water, and you get big waves. Villages in Alaska and coastal Siberia are eroding into the ocean because of this effect.

Will we be able to cross the fabled Northwest Passage?

You’re already seeing a busier Arctic. Instead of taking a boatload of Toyotas through the Panama Canal or around Cape Horn, shippers will take them right from Tokyo across the Arctic Ocean to Boston or even New York, at great savings in time and fuel.

What will the impact be beyond the Arctic? By losing the sea ice cover we’re changing the energy budget of the Arctic. It’s cold there because the sun’s rays strike the surface at a much shallower angle than they do at the equator. Also, snow and ice are so reflective that much of the solar radiation you do get is reflected right back up into space. This means that we set up a gradient in temperature in the atmosphere with the higher temperatures in the lower latitudes and the colder temperatures in the Arctic. The temperature gradient creates atmospheric circulation, which transports heat from areas of equatorial excess to the cold polar regions. When we lose the sea ice, we start to change the nature of the temperature gradients, and the rest of the system must respond.

What kinds of responses do you foresee? There are going to be shifts in storm tracks and the intensity of the cold air outbreaks that you get in the winter. We won’t have as many problems with damaged citrus crops in Florida. But talk to the farmer who wants to grow winter wheat, which requires that winter precipitation. Think about the American West, where our whole water supply system is strongly dependent on the winter snowfall. You start to see how these changes can have real economic impact.

Will the shifts add to the greenhouse effect? The looming environmental consequence, the one that’s really global in scope, has to do with the carbon cycle. The issue here is that if we go up to the Arctic and if we dig into the soil, we’ll find it is perennially frozen—permafrost, with a great deal of carbon from past plant and animal life locked inside, roughly twice what is in the atmosphere to date. A big concern is that if we start to thaw that permafrost, microbes living in the soil will become active. As they metabolize, move, and reproduce, they’ll disturb the soil, releasing the locked-in carbon. Now we’ve initiated a feedback loop. Put this stuff in the atmosphere and you’ve got even greater warming. The circulation of the atmosphere will spread that warmth out across the land. There’s growing evidence that this effect is going to be quite strong.

What do your studies tell you about the earth of the future? It’s unknown. The Arctic is a wickedly complex system, and there are all these cascading effects. Change in itself isn’t always that bad. Look at the great ice ages of the past. The key here is how rapidly the change will unfold. Do I fear for the extinction of the human species? No, but you can say good-bye to a lot of species that we have today. We’re looking at a different world. That world is coming fast, and the Arctic ?is leading the way.