Millions of solar panels stretch across the country, from the streets of Munich to the fields of Bavaria. 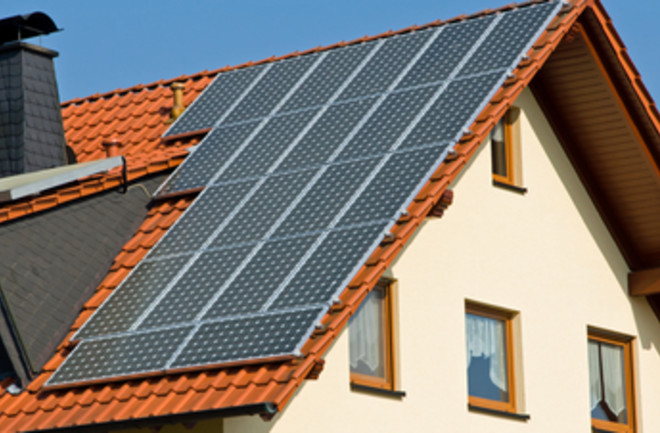 Business was usual in Germany on Friday, May 25, 2012. Subway trains rushed people to work, skyscrapers bustled with activity, automobile factories hummed, and breweries pumped out rivers of beer. Everything seemed normal except for one remarkable fact: Nearly one-third of the entire nation’s midday electricity was delivered by the sun. It was the highest solar power output that any nation had ever achieved in one day and could mark a milestone in the transition of solar energy from alternative to mainstream power source.

As the sun crested on May 25, tens of millions of solar panels across Germany generated 22 gigawatts of power, according to data provided by the nation’s four largest electrical transmission operators. From downtown Munich to the fields of Bavaria, those panels exploited the photoelectric effect (in which light expels electrons to create an electric current) to crank out the equivalent of 16 nuclear power plants operating at full capacity. Germany’s overall solar capacity is expected to grow another 30 percent by the end of 2012, making it all but certain another new record will be set some bright day this coming spring.

Since 2000 Germany’s solar industry has enjoyed generous public subsidies that have transformed it into the world’s largest solar market. While the United States has long lagged behind—Germany installed more solar in December 2011 than our country did the entire year—the U.S., like many nations, may benefit from that leadership. Average solar panel prices have fallen by 55 percent since 2010 even as German government support has begun dropping sharply. The global industry is now at a tipping point between subsidy dependence and market-driven growth, says Shayle Kann, a vice president at gtm Research, a market research firm.

One perverse sign that the solar industry has come of age: A bitter 2012 trade dispute between the United States and the European Union against China for reportedly selling solar panels at a loss to gain market share. Such battles traditionally focus on industries considered economically and politically important.