#1: Worst Oil Spill of All-Time, and a Future Full of Oil 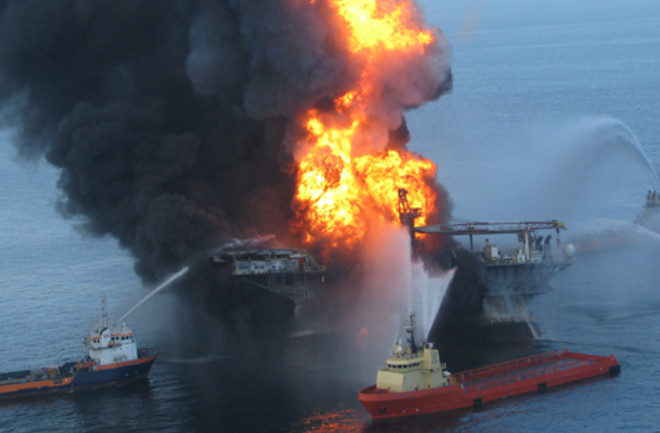 The massive gush of oil that started on April 20 and ran for 86 days was a disaster, obviously, but it was also a grimly informative experiment. In its wake we are learning all kinds of lessons about deep-drilling technology, about the environment and ecology of the Gulf of Mexico, and about the future direction of our energy supply.

It may be hard to appreciate now, but 2010 started as a banner year for oil. The world’s energy giants were on the move, dispatching their sharpest petroleum engineers, sophisticated seismic probes, and huge rigs to some of the most forbidding places on the planet, from the Gulf of Mexico to Greenland. Corporate boardrooms gushed with confidence. “BP operates at the frontiers of the energy industry,” the company announced in its 2009 annual report. “We are exceptionally well placed to sustain our success in the deepwater Gulf of Mexico over the long term.”

The economic message from all of this exploration still holds true: The world is not running out of oil—it is running out of easy oil. By using the new technology, remote stashes of oil long dismissed as too difficult or expensive to plumb (in the 30- to 65-million-year-old Lower Tertiary crust below the Gulf, or in the even more ancient Cretaceous sedimentary rocks off the coasts of Ghana and Brazil) are within reach. Innovative prospecting techniques like three-dimensional sonar, which emits sound waves from multiple angles, help discovery crews see through opaque and shifting layers of geological salt to pinpoint oil hidden four miles or more beneath the Gulf of Mexico and off the Atlantic coasts of South America and Africa. Ultra-strong flexible pipes, remote flow-control valves, and vibration-resistant drill rigs can protect the prospecting equipment against corrosion, thermal shock, and crushing water pressure at the ocean floor.

The environmental message of the worst offshore oil spill on record (4.4 million barrels) is less clear and still unfolding. On November 2 the U.S. Fish and Wildlife Service reported (pdf) that more than 6,000 birds, 600 sea turtles, and 100 mammals had died within the spill area—probably a substantial undercount. That same day, a research vessel seven miles from the spill site discovered dozens of communities of dead and dying coral. “We can’t begin to fathom what the long-term effects on the marine food chain will be. This remains a giant, uncontrolled science experiment, with birds and all the communities that depend on the Gulf as the unwitting subjects,” stated Thomas Bancroft, chief scientist for the National Audubon Society. That includes the human communities: By late last year, BP was facing some 370,000 damage claims by businesses and individuals in the Gulf region.

A substantial but unknown portion of the oil from the Deepwater Horizon well never made it to the surface but remained trapped in the ocean’s midwaters. Here the news is more murky, though perhaps more encouraging. Lawrence Berkeley National Laboratory ecologist Terry Hazen led a study, published in Science in October, that uncovered new species of oil-guzzling bacteria with genes that allowed them to flourish in the cold, high-pressure conditions of an oil plume 3,600 feet beneath the surface. Such microbes act as a natural cleanup crew. “The Gulf is a great place for these bacteria because it has more natural oil seeps than any other place in the world,” Hazen says. “When the spill began, they didn’t need an acclimation period.”

Politicians were quick to declare their own lessons from the Deepwater Horizon blowout. Never again, they vowed, would the planet be forced to sit by, powerless, while oil execs confessed—after the fact—that stopping a leak at such depths is like performing “open-heart surgery at 5,000 feet in the dark,” as BP America’s chairman and president, Lamar McKay, told ABC News about the early attempt to plug the well by triggering the failed blowout preventer.

“Now we know that the worst-case scenario is not just something you dream up,” says Leta Smith, an oil expert at ihs Cera, an energy think tank. “It’s a possibility that we have to prepare for.” On September 30, the U.S. Department of the Interior issued new rules (pdf) meant to upgrade safety equipment and tighten well control as well as force oil companies to show regulators detailed plans of how they will manage risks and prevent blowouts at offshore oil and gas sites. Deepwater operators will be required to boost workplace safety and keep submarine robots and operating crews at the ready in case of emergencies.

Yet the forces that propelled the scramble for extreme oil remain remarkably unchanged. Yes, U.S. Secretary of the Interior Ken Salazar issued a temporary moratorium on new deepwater drilling. Yes, Italy recently issued a ban on deepwater drilling within five miles of its coast. But these could be just speed bumps on the path to even more deep drilling. “Some countries, particularly the oecd [Organization for Economic Cooperation and Development] nations, are reviewing [safety] regulations while not taking extreme actions,” Smith says. “We have yet to revise downward our outlook for deepwater production outside the United States.”

Chevron and BP are gearing up to drill in the deep waters off the Shetland Islands. Brazil’s Petrobras–$70 billion richer after staging the largest-ever public share offering in September–is ramping up for commercial production from a vast cache of “pre-salt” oil lying farther (180 miles) from shore and buried deeper (4.5 miles below the Atlantic) than BP’s Gulf holdings. And on October 21, just days after Washington lifted the deepwater drilling moratorium, Chevron announced a $7.5 billion project to develop two oil fields, Jack and St. Malo, lying 7,000 feet below the waves 280 miles south of New Orleans.

Currently, 6 percent of all oil—about 5.2 million barrels a day—comes from deepwater wells (2,000 feet or more beneath the surface). A year ago, ihs Cera predicted that the world would draw one in every ten barrels of oil from deepwater reserves by 2020. “Our prediction has not changed,” Smith says. “There’s been a slowdown in companies applying for permits in the Gulf and a tightening of industry regulations in general, but the rest of the world is moving along into deepwater.” Deepwater oil production should reach nearly 10 million barrels per day by 2015.

The problem is simple: Renewables might be the future, but oil and gas are still the energy sources that keep the world running. The International Energy Agency (iea) projected in November that oil demand will grow steadily for the next 25 years, reaching about 99 million barrels per day by 2035, up 15 million barrels daily from 2009. “All of the net growth comes from non-oecd countries, almost half from China alone,” says iea’s World Energy Outlook report. China edged out the United States as the number one energy consumer in 2009, and China’s daily demand for oil is projected to triple to 13 million barrels a day by 2035.

Steven Chu, the U.S. Secretary of Energy, has no illusions about what it will take to dislodge oil as the world’s transportation fuel of choice (see Top Stories of 2010 #25: "Steven Chu Brings Much-Needed Science to Energy Policy"). “It won’t happen overnight; it won’t happen even in a decade,” he says. “It’s going to be several decades, so we have to start thinking about this now. You could say this is a wake-up call.”