Tainted products and choking pollution spark anxiety across the globe. 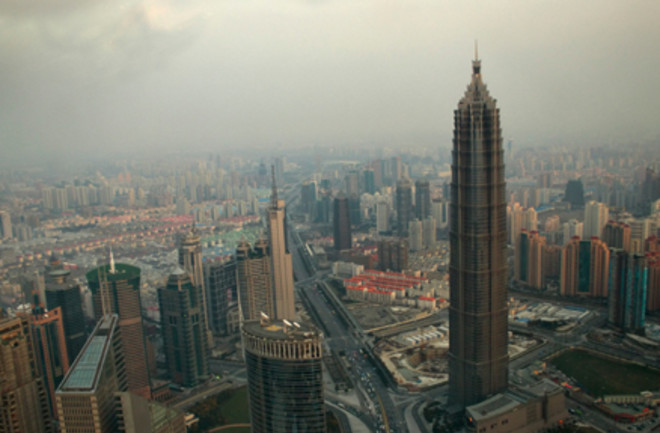 Over the past three decades, China has emerged as an economic colossus, becoming the world’s source of cheaply manufactured exports. In 2007, numerous reports of contaminated Chinese imports revealed a nasty downside to this rapid growth.

The first blow came in March, with the revelation that cat food and dog food were killing family pets across the United States; it contained wheat gluten, an ingredient imported from the People’s Republic of China, which was laced with deadly melamine.

In May came the news that some American hospitals and prisons were distributing Chinese toothpaste tainted with diethylene glycol, a potentially fatal compound.

The biggest wallop hit over the summer, when Mattel and other companies announced they’d sold thousands of Chinese-made toys that were coated with lead-based paint. The businesses involved juggled recalls and apologies as China’s government scrambled to repair its industrial reputation.

In August, the crisis prompted China’s commerce minister, Bo Xilai, to protest that “more than 99 percent” of the country’s exports “are of good quality and are safe.”

The blowups over tainted products, however, overshadowed landmark news regarding a far more dangerous Chinese export: pollution. Back in 2000, China’s economic planners boldly predicted that the country would double its energy usage by 2020. The Intergovernmental Panel on Climate Change, in turn, estimated that China would surpass the United States as the world’s leading emitter of carbon dioxide by that same year. Propelled by a decade of blistering growth unfettered by environmental regulations, China managed to hit its energy usage goal in 2007, 13 years ahead of schedule. And depending on whose estimates you accept, the country has already taken the carbon-dioxide emissions crown.

Given that China is home to 20 percent of the planet’s population and a burgeoning, ever more consuming middle class, it’s not surprising that the country’s footprint on the environment is growing. What is shocking is the extent to which that footprint is stomping not just China’s ecology but that of the rest of the planet.

China has become the leading importer of illegally harvested timber. It is the global hub for endangered wildlife trafficking. The Chinese are the world’s largest consumers of grain, meat, coal, and steel. And China is feeding its appetites for those commodities—and increasingly for oil—by investing in resource extraction in less-developed areas like Africa. Even in a government not prone to harsh self-evaluation, a top Chinese environmental official pronounced ominously last year that the pollution crisis at home “allows for no optimism.”

The statistics are staggering. Fourteen thousand new cars hit the road each day, and by the year 2020, China is expected to have 130 million cars. Meanwhile, about 70 percent of China’s nontransportation energy comes from burning 3.2 billion tons of coal each year. The nation is building coal-fired power plants—one of the dirtiest forms of energy production—at a clip of two to three a week. China is also home to 5 of the 10 most polluted cities on the planet, according to China’s own State Environmental Protection Administration (SEPA)—including the major coal-mining city of Linfen, the most polluted city in the world. The World Bank estimated in early 2007 that air pollution alone causes at least 700,000 premature deaths in China annually.

The impact of all this extends far beyond China’s borders. Taken as a group, its coal-fired power plants emit the world’s highest levels of sulfur dioxide (a major element of acid rain) and mercury, both of which rise high into the atmosphere and hitch a ride on air currents circling the globe. One study, published last year in the Journal of Geophysical Research, calculated that three-quarters of the black carbon pollution in the atmosphere over the western United States originates in Asia. It is estimated that as much as 35 percent of all the mercury pollution in the western United States comes from abroad, and China is most likely the main culprit. According to the World Wildlife Fund, untreated waste has turned China’s Yangtze River basin into the single largest polluter of the Pacific Ocean. “There’s no doubt,” says Elizabeth Economy, director of Asia Studies at the Council on Foreign Relations, “that what China is doing on the domestic front has an enormous effect on the globe.”

Within China, the devastation is more intense. One-third of its land has been hit by acid rain, according to the head of SEPA. One hundred ten of its cities are short of water. Available water is so polluted that nearly 700 million Chinese citizens drink from supplies contaminated by human and animal excrement.

The conventional wisdom has long held that China is merely following the path of the United States and other developed countries that polluted—and in some cases, continue to do so—on their way to a wealthier populace and eventual stricter environmental controls. But the epic pace of China’s development could spawn an ecological catastrophe of a different order. “What China is facing in terms of environmental challenges,” Economy says, “is not comparable to anything we have faced in this country.”

Ironically, the environmental goals set by the Chinese government appear more progressive than those of the United States. In its latest five-year plan, issued in 2005, the central government targeted a 20 percent improvement in energy productivity by 2010. The previous year, it pledged that 10 percent of the nation’s energy would come from renewables by 2010. This year, it began requiring that new cars meet fuel economy standards higher than those in the United States.

The problem comes in enforcement. Local officials, charged with meeting aggressive economic targets for their region’s industry, tend to ignore national environmental regulations, covering up spills and building new power plants behind the backs of central government regulators. Efforts to meet the 20 percent energy-­productivity pledge, for example, are already well behind schedule.

In late October, China’s environmental protection agency announced a new policy regarding pollution by export manufacturers, according to a report in The Wall Street Journal. Any company found in violation would be forced to close for one to three years.

“I think that the leadership is at a very important tipping-point moment,” says Orville Schell, director of the Center on U.S.-China Relations at the Asia Society. “With the Olympics coming up, a new catalytic element has arisen. They will be getting the mass scrutiny of the world at a time when they want to show their advantage.”

Although it’s easy to view China as some sort of ecological evil empire, its fate is entwined with the U.S. appetite for consumption and growth. The United States still holds the title as the world’s biggest consumer of world resources and largest emitter of all greenhouse gases. Our per capita emissions dwarf those of China, or any other nation for that matter. An estimated 7 percent of China’s carbon-dioxide emissions derive from U.S. consumption of goods made in China. “People are becoming much more aware that a lot of the pollution reaching the United States arises from manufacturing the goods we buy,” says Barbara Finamore, head of the Natural Resources Defense Council’s (NRDC) China Clean Energy Program. “I think just like with toy safety, we are going to see a lot more demand that the goods are not just safe in and of themselves to use but also come from factories that are complying with China’s environmental laws.”

Some nongovernmental organizations in China have been pushing for reform over the last decade. Members of these grassroots outfits, often operating at the risk of arrest or harassment, press for environmental improvements through public demonstrations and the limited legal action allowed. “On the positive side, you have demonstrations, you have marches, you have hundreds of thousands of people writing letters to complain about pollution and request that something get done about it,” says Economy. “On the other hand, you also have citizen activism such that when Beijing said we are going to shut down the factories in advance of the Olympics, factory managers are coming back and saying no.”

The good news is that overhauling outdated technology might easily rein in the devastating pollution. Much of China’s industry uses energy-guzzling equipment from the 1970s, and the NRDC estimates that by using existing technology and enforcing simple building codes, the country could cut its energy demands by half or more in the next decade.

“There is no other country in the world as dynamic and rapidly changing as China,” observes Alex Wang, an NRDC attorney who directs the council’s China Environmental Law Project in Beijing. “It really is a country where things can be dramatically different from one day to the next.”

Just as quickly as China became the world’s leading polluter, it could find a greener path to development. But if it fails, the outcome will be more than just a public relations nightmare.

Go to the next article: 2. Reawakening the Dormant Mind